Be It Done As Thou Believest

And Jesus said unto the Centurion, "Go thy way, and as thou hast believed, so be it done unto thee." And his servant was healed in the self same hour.

This verse of scripture brings a remarkable closure to a simple yet humble request that a certain man had asked of Jesus. The man did not think of himself worthy enough to have Christ come to his house. He even owned up to his unworthiness before God, yet he had an assurance of faith not only that Christ could cure his servant but that He had all power sufficient to cure him from a distance.

"As thou believest"...."Believe, and you shall receive; only believe" are words of faith we too have all heard at one point or another. And like the Centurion, when we place our hope and trust in God we will witness the limitless power of Christ, and the undeniable power of faith. The man's prayer of faith was a prevailing prayer and as he had believed, the servant not only got a cure of his disease, but the Centurion master got the confirmation and approbation of his faith. Here we witness God not only gathering a remnant unto Himself but through their belief in the Lord Jesus Christ, He opened the doorway and admitted them into His Kingdom of grace here on earth and into the Kingdom of His glory in heaven.

And so, like the Centurion master, never count yourself out! Don't ever give up on your HOPES and DREAMS! It is what you and I believe will be done for us.

God's richest blessings to you and may God continue to shower you with His favour.
Be It Done As Thou Believest!
Posted by Unknown at Wednesday, January 25, 2012 2 comments:

When Anger Becomes A Forbidden Fruit! 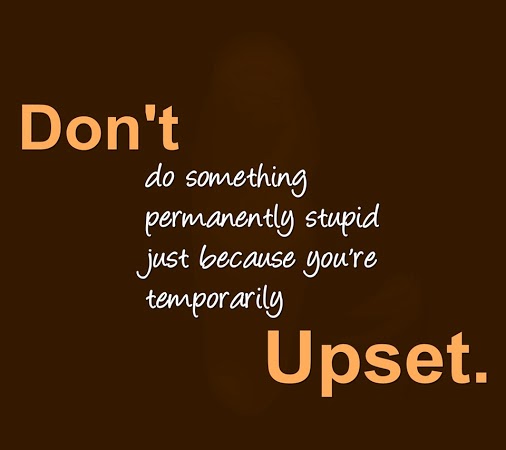 But when really does anger become a forbidden fruit? What is the limit or the extent that one can go without bringing himself/herself into the dangerous zone as far as leading one to be brought before the judge, the council or even hell fire? That sounds scary, isn't it? Well here is the answer. RASH ANGER is described as HEART-MURDER or TONGUE-MURDER


The next time then that someone does something to make you angry, or you turn the anger inward towards you, ask yourself these simple questions, "Is it really worth it for me to run into danger of loosing my own life (my salvation)? What would Jesus have done in that particular situation? Psalm 30:5 reminds us that God Himself gets angry at us but "his anger endureth but for a moment." Psalm 103:8 tells us He is "slow to anger and plenteous in mercy." Then in Micah 7:18 the word says to us He "retaineth not his anger forever." I am talking about what would Jesus do because even He knows that there is a limit! We in turn must follow His example and just as the bible tells us, "let all anger be put away;" (Ephesians 4:31) "be slow to anger, slow to wrath." (James 1:19)

It is a tough call but if you still cannot answer these questions asked, then it is probably not worth it after all, simply forgive others their trespasses that you yourself might be forgiven of our heavenly Father.

Kingdom blessings! Have yourself a wonderful day.
Posted by Unknown at Sunday, January 22, 2012 2 comments:

You Are A Miracle!

AND YOU WERE BORN FOR SUCH A TIME AS THIS!
Throughout Jesus' life and ministry we have heard of how He performed many great miracles. The evidence of which have been chronicled in the pages of history. Many have been the beneficiary of such. It is not just a thing of the past as I do believe that miracles are still a thing of present day manifestations of the work of God in His Kingdom here on earth. Jesus is known to have given to those who were in great need of such and like a loving Father, the performing of miracles He has given to us this spiritual gift as part of our inheritance through Him. .

A more in depth we read in the book of Acts 2:22 "Ye men of Israel, hear the words; Jesus of Nazareth, a man approved of God among you by miracles and wonders and signs, which God did by him in the midst of you, as ye yourselves also know:" The application of this word is this, Jesus, though He was a man censored and condemned by men, He was approved of God, He was a man marked out by God! The matter of fact was not to be denied since we too bear witness to some of the miracles. We look now at 1 Corinthians 12:10 as the gifts were being detailed, God's word says referring to gifts, "to another the working of miracles" The gift of working miracles like all of the other spiritual gifts were not distributed for the advantage of those who had them, but were bestowed for the benefit of the church.

But what really is a MIRACLE?
A MIRACLE is an effect produced by Divine power above and beyond or that which is opposed to what are regular effects of the laws of nature. It is not a violation of the laws of nature, but is a suspension of their usual operation, for some important purpose. For instance, the effect of death is, that the body returns to corruption. This effect is produced by the appointed laws of nature, or in other words, God usually produces this effect when He suspends that regular effect and suddenly gives life to a dead body for some important person. This is a MIRACLE! Such an effect is clearly the result of Divine power.

No other being but God can do that. When therefore, Christ and the Apostles exerted this power, it was clear evidence that God approved of their doctrines; that He had commissioned them; and that they were authorized to declare His will. He would not give this attestation to a false doctrine. Absolutely not! Most or all the diseases that He cured, were determined to be incurable by man who had not even the slightest of clue of a pill that could be popped to heal mankind of such diseases. But when Christ cured them by a WORD, it was the the clearest of all proofs He was sent from heaven.

Today you are alive, your heart beats, you have a strong pulse, all of your mental faculties are in place, and you have a sound mind. It is not because of any medicine that you took, or any food that you ate, no amount of face creams could do it, no face lift or tummy   tucks, no! You are alive today because of the MIRACLE working power of Jesus Christ and for this we must give God all the glory, honour and the praise for YOU ARE A MIRACLE AND YOU WERE BORN FOR SUCH A TIME AS THIS!

I Call You Forth This Day!

"And there shall come forth a rod out of the stem of Jesse, and a branch shall grow out of his roots. And the Spirit of the Lord shall rest upon him, the spirit of wisdom and understanding, the spirit of counsel and might, the spirit of knowledge and of the fear of the Lord; And shall make him of quick understanding in the fear of the Lord and he shall not judge after the sight of his eyes, neither reprove after the hearing of his ears. But with righteousness shall he judge the poor and reprove with equity for the meek of the earth. And he shall smite the earth with the rod of his mouth, and with the breath of his lips shall he slay the wicked. And righteousness shall be the girdle of his loins, and faithfulness the girdle of his reigns...And it shall come to pass in that day, that the Lord shall set his hand again the second time to recover the REMNANTS of his people." ~ Isaiah 11:1-5, 11

God is highly impressed with your RESUME of all the great tests, trials, pain, afflictions, rejection and abuse that you have gone through! He has called you out of the darkness into His marvellous light and has qualified you for the great undertakings ahead of you. What He has chosen you & called you to pioneer, there is no previous patterns from which to build and or to reference. Hear the Spirit of the Lord and know that He is the only one who can guide you through. Now unto him who is able to do exceeding abundantly above all you could ask or think, I call you forth this day!
Kingdom Blessings!
Minister Yvonne Wilson
Posted by Unknown at Tuesday, January 17, 2012 No comments:

Are You Speaking Life or Death?

Proverbs 18:21 ~ "Death and life are in the power of the tongue: and they that love it shall eat the fruit thereof."
Whenever a thought is conceived in the mind or the part of the brain which controls that aspect of a man's life, the brain signals to the mouth gate to open and to release the words in accordance with the thought. One of two things can take place:


Our words unlocks PORTALS (doors) to either bring about LIFE or DEATH. Let us therefore speak the abundant life of God through speaking daily what God says about us and our life in Christ!
Posted by Unknown at Friday, January 13, 2012 3 comments:

Forgiveness Is Key To The Healing Of Your Soul! 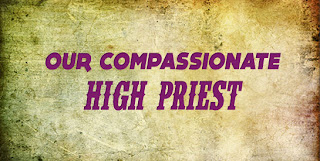 "Therefore if thou bring thy gift to the alter, and there rememberest that thy brother hath aught against thee; Leave there thy gift before the alter, and go thy way; first be reconciled to thy brother and then come and offer thy gift. ~ Matthew 5:23-24. Jesus made no exception to this His word but made it absolutely clear that forgiving others and being forgiven yourself by others are pre-requisites to Him accepting our gifts at the alter.

Further, He said, "Be ye therefore perfect, even as your Father which is in heaven is perfect." ~ Matthew 5:48. It is clearly the duty of every Christian believer to desire, and aim at, and press towards a perfection in grace and holiness. To achieve this and to be the example to others as Christ expects us to be, we must be willing to
(1) Do good to our enemies
(2) Forgive the injuries that others have caused us.
(3) Entertain strangers
(4) Do good to the evil and the unthankful.
Truly if we were to follow each day these basis principles & truths in the word of God, our lives would be less stressful, our hearts and our minds would be free of impurities of unforgiveness so that God's love may abide in us and lastly our souls would be healed and set free. Let the healing begin, forgiveness is the key to unlock your blessing.

Happy are those whose greatest desire is to do what God requires. God will indeed satisfy them fully. Happiness is not determined by the circumstances that you face each day, you do not get it from money, your job, a friend or a spouse, nor do you get it by your title - true happiness comes from God and a desire for Him and His Holy word. #scrip.ref.Matthew 5:6