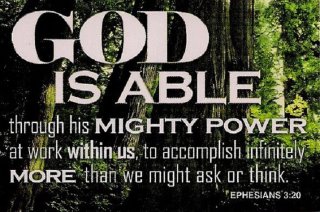 "For I know the thoughts that I think toward you, saith the Lord, thoughts of peace, and not of evil, to give you an expected end. (Jeremiah 29:11)...For the vision is yet for an appointed time, but at the end it shall speak, and not lie: though it tarry, wait for it; because it will surely come, it will not tarry. (Habakkuk 2:3)

We've heard so much being said about visions and persons having a vision. Often times they would even use the word when relating it to others, when in fact it may have been a dream. A vision takes place in ones waking moments, whereas on the other hand a dream takes place while one is asleep.The fact is though, visions are still very much a thing of the present day as it was in times past. In the Bible we find the mention of it occurring 79 times in approximately 73 verses in the Bible KJV. Now that tells me there is a significance. Not only do we see how God again have a divine order and plan as it relates to numbers here such as 7, 9 and 3 but it is one of God's communicating channels to mankind (His way of speaking to man)  and there is  according to His word a plan and a purpose for it. Nonetheless, in order to have this discussion, it must first be explained what exactly is a vision.

Collier's Dictionary gives it's meaning as 1"the act or power of seeing with the eye; sense of sight. 2a Something supposedly seen by other than normal sight, or supernaturally revealed, as to a prophet 2b The experience of having such a perception or revelation 3 a mental image;esp., an imaginative contemplation 4 the ability to perceive something not actually visible." The Easton's Bible Dictionary describes it as a vivid apparition (Luke 1:22) and not a dream (Luke 24:23, Acts 26:19, 2 Cor.12:1).  Charles M. Stewart's article in the International Standard Bible Encyclopedia describes it as (chazon, chizzayon, mar’ah; horama, optasia): suggesting that "Psychologists find that man is prevailingly and persistently "eye-minded." That is, in his waking life he is likely to think, imagine and remember in terms of vision.

It may come in one's waking moments (Dan.10:7, Acts 9:7) by day Cornelius, (Acts 10:3, Peter Acts 10:9 or Jacob, Gen.46:2) The objects of vision, diverse and in some instances strange as they are, have usually their points of contact with experiences of daily life. The character of the revelation through vision has a double aspect in the Biblical narrative. In one aspect it proposes a revelation for immediate direction, as in the case of Abram (Gen.15:2) and frequently Lot, (Gen.19:15); Baalam (Num.22:22); and Peter (Acts 12:7)...In another aspect it deals with the development with the Kingdom of God as conditioned by the moral ideas of the people such as the prophetic visions of Isaiah, Ezekial, Hosea and Micah and the apoealypses of Daniel and John." (end quote)

Having laid that foundation, it is clear that God wants us to be visionaries again for where there is no vision, people perish. God's desire is to restore this communication channel back to the body of Christ that somehow has been broken. Many have lost that kind of faith whether through apostasy or just having too many extended needlessly painful wilderness experiences that have caused them to develop feelings of inertia, hopelessness and despair. A journey that should have taken a people three days have been taking us many years. It is almost as if resolving to have a form of godliness, yet denying the power that God gave to the church at Calvary's cross over 2000 years ago.

But a new day has dawned and there is really a fresh burst of excitement of the wonderful things that have already taken place in the realm of the spirit, some of which God is already making manifest in the earth, guided and guarded by His own hands until it comes to full maturity. The world may say 'doom and gloom' but God is excited for His people that are in covenant with Him, those that love Him and are called according to His purpose. God is cutting time in half, is doing a quick work in the lives of His people. That which would have normally taken ten years will now be cut to five years so that God's people are pushed into their purpose and destiny. Those who remained faithful and stayed in the fire, God is altering legislation in order to bring about 'make no sense favor and contagious favor' in their lives. (Isaiah 60:1)

"Who hath heard such a thing? Who hath seen such a thing? Shall the earth be made to bring forth in one day? Or shall a nation be born at once? for as soon as Zion travailed, she brought forth her children." (Isaiah 66:8) Who is this that cometh out of the wilderness like pillars of smoke, perfumed with myrrh and frankincense, with all powders of the merchant? Who is this that cometh up from the wilderness, leaning upon her beloved?" (Song of Sol.3:6, 8:5) Who is this coming out of exile and out of the hellish situations that they have been in? Who would have expected such persons to come out of their wilderness? The answer to all these questions, it is you and I my dear friends!

God is clear not to do anything abruptly, yet I believe it is a vision of the church's future state that the Prophet Isaiah spoke of by the Spirit of God that in your case and my case, God is doing a restorative work in our lives. There is need for us to get busy and to begin our travailing. Travailing will cause you to give birth, to bring forth and to produce life. It is time for you to take the visions and the dreams that you have had that you laid aside, that you know for a fact that God gave to you and stretch them out before the Lord once again. And according to His own word, keep Him in remembrance of that which He spoke to you. Heaven is already rejoicing over you. You must now receive your victory and see the once dry and barren land return to constant seasons of abundance and fruitfulness as the latter rain and the former rain comes together.

"And I saw a new heaven and a new earth, the first heaven and the first earth were passed away...And I heard a great voice out of heaven saying, Behold the tabernacle of God is with men, and he will dwell with them, and they shall be his people, and God himself shall be with them and be their God.......Behold I make all things new. And he said unto me, Write, for these words are true and faithful." ~Revelation 21:1-5 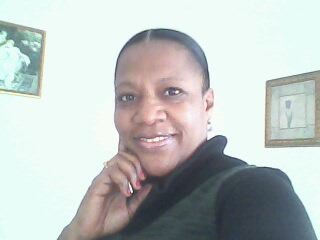 THE VISION
"On the morning of December 7th 2008 as I was attending the Sunday morning worship service of the Dr. Cindy Trimm World Prayer Summit in Miami Florida, while in the middle of a great worship experience before the Lord, I had an open vision. It was no ordinary encounter, it was a phenomenal experience! I saw coming out of the heaven in the distance one of the largest waterfalls that I believe mankind has ever seen. The vastness of it being stretched out across the sky I could not see either point of where it began or even where it ended. The gentle streams of crystal looking clear waters flowed down from the heaven for a while until it was then replaced with massive bodies of pearly white tiny particles, the appearance of it as snowflakes. Beneath all of this stood a sea of people who were beautifully adorned in spotless white garments with their hands stretched stretched up towards heaven. In the distance I heard some of the most electrifying and illustrious sounds of music from the various types of instruments that played. And seemingly well rehearsed for the ears that were listening, the hands soon began to wave in synchronized motions of what they too began to hear. Then I heard a voice as crystal clear as ever say to me, "This is what is to come to my people shortly. Prepare for my coming is near at hand." It was shortly after this that I came to the realization once again of my physical location. (source: Personal Diary of Yvonne I. Wilson, 2008)

As I now look back in the pages of my diary (2008), God did give me a part of this vision during the very early hours of June 21st 2008 while in prayer and worship unto Him. As recorded in my diary, "There is absolutely no word in the human language for me to sufficiently express what I have been experiencing these past days and more so what I have experienced this morning. I have been on the mountain top with the clouds, the glory and the presence of the Lord with me day and night, but the place that I have been in today, I kept on saying to the one I believe was listening, I do not want to leave this place. I heard some f the most beautiful sounds of music ever. I heard the sounds of the trumpets and the drums. Thousands of voices were singing different songs seemingly all at the same time. I saw a sea of saints and they were all dressed in white worshiping and praising God. I saw gates of pearly white and streets were lined with gold. Then it was no more as I heard a voice that said, "this is all that I will show you for now."

Well friends our time has been far spent. These visions do have implications for you and I. I will expend further on this topic in a part 2 as I believe that is important to do so based on a Biblical perspective of restoration. It must be clear of where we have been as a people, where we are today and the direction our future holds. And while I believe in the power of simplicity, let us continue to run with patience the race that is set before us looking to Jesus Christ who is the author and finisher of our faith. (Heb.12:1b) It is my prayer that we grow, develop and mature into who God wants us to be.

May God bless you.