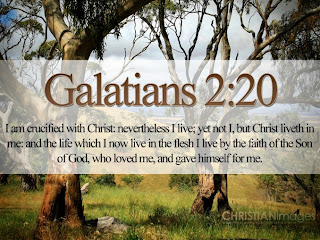 There are familiar expressions that we may have heard at one point or another such as "no pain, no gain," "cheap things not good and good things not cheap," "who in the kitchen feel the heat," "nothing good in life comes easy," and "the harder the battle the sweeter the victory."

In the book of Hebrews, the penman made a similar point in reference to the cross and the cost, that Christ did not give up because of the cross. Quite to the contrary, He suffered inhumane hardships but because of the joy that was waiting for Him, He thought nothing of the disgrace of dying on the cross, and so that now He is seated at the right hand of God's throne. Now even though the disciples are not all crucified, yet it is the word of God they all have to bear crosses. The Apostle Paul endured because he had the mind of Christ. He and His fellow ministers experienced beatings, imprisonment, riots, hard labor, great opposition, hunger and even sleepless nights. (2 Corinthians 6:5)  But yet we see, with a Christ-like mind and a Christ-like dignity, they all endured the sufferings.
Being followers of Christ we too must be content to be put into ill names, and to be loaded with infamy and disgrace, go through hellish situations, to bear the burden of others just as He did for us. Much of my own struggles in life thus far I have summarized and shared in my personal testimony entitled, "The Alphabet of A Fiery Trial - A Preacher's Real Life Story." http://www.propheticministeryiwilson.org/p/testimonies.html Every man loves his own life and we really do not choose the type of cross that we must carry. But Christ has made it absolutely clear we cannot be His disciples if we do not love Him more than we love our own lives. A tough call if you ask me!

What are the lessons to be learned today? Let us keep running straight toward the goal, not as one claiming to have already succeeded or have already become perfect, but let us run as striving to win the prize for which Christ Jesus has already won Himself. (Phil 3:12) Let us choose to rejoice in the Lord always. (Philippians 4: 4) Give thanks to God not for the difficult situation or the heavy cross you are made to carry, but while in it be content, be thankful and trust God. He will give you inner peace and joy. Totally surrender your will to Him, be still and know that He is God. Pray fervently and be gentle knowing that while we may have a cause to weep only for a night, our joy will come in the morning. (Psalm 30:5b) Individually we must present our bodies to God as a living sacrifice which is our principle and reasonable duty to Him. Presenting both our body and our spirit to Him denotes a voluntary act and implies not only the avoidance of sin committed with or against the body, but it must be set apart for God and put to holy uses. Finally, let us not be conformed to the standards of the world (to the worldly practices of men) but rather let us seek God more for a deeper revelation of His mind while He in turn transform ours!

God bless you as we have now come to the end of another "EMPOWERMENT MOMENT."  Always remember to, "Empower your life, empower your mind, impact the world and see the difference it makes"