[DAY 6 of 21] "The Journey To Your Restoration ~ Acknowledge God's Divine Providence..." 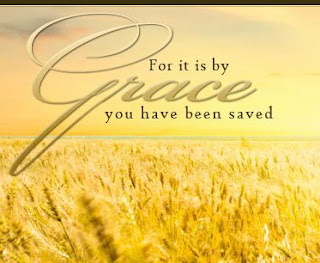 "Acknowledge God's Grace and His Favour" Captured in the pages of scripture and etched in the eternal chronicles of Jesus' ancestry line is the story of a young woman whose name Ruth, signified not only beauty but whose genealogy itself of a potential scandal, until that is, divine grace made its' entrance foretells the calling that was on her life, the design of which only God's divine providence, His grace and favour would bring it into manifestation.


The story line that I am using [Ruth 1: 15-18] to illustrate the main point today, assuming that you have read  it already in its entirety, is most intriguing. It is compelling with a series of scenes and episodes and without question would be an instant hit at the movie theatre and the Hollywood box office. But more important than that though, it is a story of true love, commitment, faithfulness, loyalty and family solidarity. (Ruth 1:15-18) In it one can also find a grave, sober minded virtuous God fearing man, who later became Kinsman Redeemer whom God used to demonstrate His presence among a people. [Ruth 4: 1-22]. A good master he was, showing mutual respect to his servants and they in turn showed to him the uttermost respect.

The storybook filled with trial and tragedy in the beginning recalls Romans 5: 3-5 so vividly, and causes one to acknowledge immediately that kindness will go a long way if we will put our trust in Almighty God as Ruth did. (Ruth 1:16) Within the book of Ruth itself one can also find there a spirit of transparency, a culture of accountability and a people of integrity. The first words of the text gave all the date that we have of the story - it was in a time period of Israel's judges and the trial of a famine which gave way to the tragedy of death for Ruth's mother-in-law, Naomi.(Ruth 1: 1-5) It was not hid from plain view that Ruth herself was a less than perfect person with many odds against her. But in the ordinary action of a foreigner, God began to prepare the way of a blessing. It was the blessing of RESTORATION. 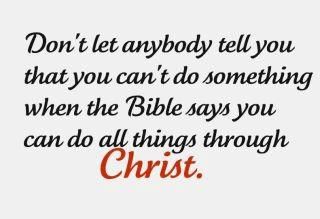 The hint of the blessing would be gleaned in the tearful parting of Naomi from Orpah and the determined love of Ruth for Naomi would be revealed. (Ruth 1: 6-14). In spite of Naomi's urging, Ruth respectfully resisted the injunction of her mother-in-law, thus bringing to an end the debate by a most solemn profession and immovable resolution, never to forsake her as to return to her own country and to her old relation again. She not only proved herself to be a woman of great character, but a great example of humility and in it demonstrated that the inclusion into the family of God's people was not predicted on birth alone. "For by grace are ye saved through faith; and that not of yourselves.." (Ephesians 2: 8) Ruth submitted and disposed herself to diligence in gleaning and was not uneasy at it, so long as she placed her faith and trust in God. (Ruth 2: 8-13) What is the significance of all this to us? Well it is so good that you have asked because now I would like to show you how moving in obedience with humility, meekness, gentleness of heart, and kindness shown to others can cause the doorway to an abundance of blessings to now begin to open up and flow into our lives.

Ruth defied the odds, if you ask me. To begin with she was a foreigner and a stranger. She was a Moabite, and one of those that by law was to gather only the gleanings (left overs and the crumbs). Without God they did not stand a chance. But she had a plan, a plan of obedience and faith. The blessing of restoration and a lifetime inheritance began to be given to her and Naomi through the Kinsman Redeemer. (Ruth 3: 14-18). She immediately observed to give honour to whom honour was due as she bowed her face to the ground before him. Boaz, the Kinsman Redeemer began to speak a word into her life and then the blessing was pronounced - "....May the Lord repay you for what you have done. May you be richly rewarded by the Lord, the God of Israel, under whose wings you have come to take refuge.." (2:12) We have favour with God through this divine providence and encounter of Boaz and Ruth and the way opened for God to bless us His people in unexpected and unimaginable ways. By placing their trust in God they went from a season of famine to purpose and destiny and finding favour with God. As I bring this message to a close, permit me to leave with you these my parting words, "It is truth that those that by faith who come under the wings of divine grace may be sure of a full recompense of reward for so doing."