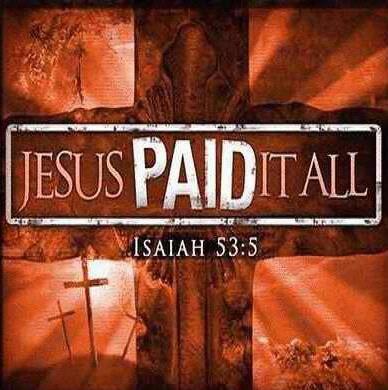 "No man that warreth entangleth himself with the affairs of this life; that he may please him who hath chosen him to be a soldier. (2 Timothy 2:4) "These are spots in your feasts of charity....." (Jude 12) The bible speaks of the Apostle Paul and the love that he had for Timothy. It depicted them both as having a model father son relationship, and one that could even be likened to the relationship between God the Father and His Son Jesus Christ.

The world need such today, yet we find that in so many instances, young boys are being raised by their mother who must now play the role of both parents. It is hard enough for a young girl growing up without a real father figure in the home, I believe it is even harder for boys. As a young girl growing up, I witnessed first hand the struggles my mother had. My father lived in the home yes, he was a good provider, he ensured that my brother and I had food to eat, shelter and all of the basic human necessities.  Yet, in hindsight, I see that he was an 'absent father.'

I lacked the training and the discipline that the bible speaks of that a parent should give to a child. 'Train up a child in the way he should grow, that when he is old he will not depart from it.' I lacked the teachings on Christian values, morals and principles. I was darkened in my understanding and knowledge of God as I now realized my dad probably was. My mother on the other hand tried, but I needed that from my father. So necessary and yet lacking it was that when I grew into adulthood, it affected me greatly  in my relationship with others because I was never used to hearing 'no, you cannot have this, it is not good for you' or 'wait, the time is not right as yet.' It was always me having it my way, and always hearing yes to everything that I wanted or demanded. Unfortunately, I never got to share this with my dad as he passed away while I was still in my young teenage years.


In the text though, we see how the Apostle Paul took Timothy into his care and having endured much himself, and being keenly sensitive to the things that Timothy himself would have to face, he lovingly took him in his care and gave him lessons each day on life itself. He entreated him at the opening of the text as he calls him, "my son, be strong in the grace that is in Christ Jesus. And the things that thou hast heard from me among many witnesses, the same commit thou to faithful men, who shall be able to teach others also." (v1-2) Here he encouraged him in his work, showing him from whence he must fetch help. He encouraged him to take care of the succession in the ministry. (a father already pointing his son to his inheritance) He exhorted him to constancy and perseverance in his work, considering what would be the end of all his sufferings (v3 -15) His father took special care to advise him that having chosen to walk in the faith and as one aspiring to become a minister, he must shun profane and vain babblings (v16-18). He spoke of the foundation of God, which standeth sure (v19-21) and what he needed to avoid and what to do.(v22-26)

The Apostle left nothing out or hidden as he pointed his son in the direction that was necessary for a good life, yet one lived as pleasing to God. He was stern enough to his son as a disciplinarian, yet gentle enough to have Timothy to understand that as one serving God, he needed to make adjustments in his life and not  to entangle himself with the affairs of life. In the application of this word to us, things would get in the way and try to hinder our service to God. Such things are spots on your feast of charity that will come after us, but from such you and I are to stay away from. It also means that having made a commitment through our faith in God, we can no longer do the same things we used to do. We can no longer hang with the same kind of crowd we hanged with before God chose us to run the race in Him. If there is some place we go to and we cannot take Jesus with us, then we ought not to go there because such would influence us in ways that are contrary to the ways of our Heavenly Father. If there is some conversation that we engage ourselves in that the Jesus cannot be a part of, then we ought not to be having that conversation at all.

The writer of 1 John 2: 15-16 strongly reinforces what was already administered by the Apostle Paul: "do not love the world, neither the things that in the world....for all that is in the world is the lust of the flesh, the lust of the eyes, and the pride of life. All these are clearly not of the Father, but they are of the world." We are to be different, realizing that there is need of a great deal of wisdom in our adherence to the truths, good duties, and good people lest in any of these we be imposed upon and become deluded. The Apostle Paul gives a word of encouragement to us and even then I noted the hint of caution in it as he says, "For your obedience is come abroad unto all men. I am glad therefore on your behalf: but yet I would have you to be wise unto that which is good, and simple concerning evil." (Romans 16:19) The interpretation thus is my parting words to you as I bring today's journey to a close: "There is a good report on you but do not become too complacent, rather be vigilant, be watchful and guard the word of God in your heart. Be wise about what is good and be innocent in that which is considered evil because the serpentine nature still continues in the world today. Watch out therefore for the spots on the feast of your charity!"

Peace, love and blessings to you today and always!