Don't Count Yourself Out! 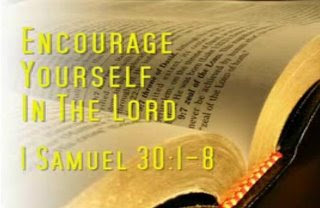 "The future belongs to those who believe in the beauty of (his) her dreams." - says Eleanor Roosevelt. Who told you that you were not good enough and you would never make it in life? Do you remember the last time someone tried to convince you that it was not worth the fight of another try and that you should just quit? How many times have you heard someone utter words of discouragement into your ears such as, 'many persons have tried that same thing before you and it did not work, so I don't think that you are going to get it work either?' You may have even heard things such as 'you are too fat or you are too skinny.' You may have even been in situations where you felt unloved, unwanted and favouritism was shown that instead of you being chosen for that job or that promotion, someone else was chosen instead of you. You turn to the left and to the right until you finally succumbed to the waves of negative emotions where you yourself felt like giving up. I am sure you must have been there at one point or another. I know I have.

The dreadful feeling of being utterly alone, unloved, and rejected shatters your confidence and hope the way nothing else can! You become broken and torn on the inside, you are left with the internal hemorrhage until hopefully, divine intervention steps in. It was Tyler Perry who said, "It doesn't matter if a million people tell you what you can't do, or if ten million people tell you no. If you get one YES from God, that's ALL you need." And so from a series of let downs, disappointments, painful experiences, suffering circumstances, and very bad choices that you yourself may have made, you are finally confronted with an ultimatum to either face the fear, the pain and uncertainty of changing the course of your life or face death.

The stories that I am about to share with you today are about ordinary people just like you and I who have beaten all of the odds against them in life and have proven that you can never measure a man's success by how high he climbs, but how high he bounces back up when he hits rock bottom. From homeless to Harvard University, David Boone at 18yrs of age from Cleveland is admitted to one of the top Ivy League Colleges in the USA on full scholarship. Not only did he face illnesses, pressures from gangs and everything else associated with such a tumultuous home life, and many dark and cold nights of being homeless and sleeping on the park benches, but he would later go on to conquer the odds and prove that with hard work, good grades and perseverance, that dreams can be a thing earned.

My next success story is about Paul Connolly. In his book, Against All Odds, Connolly a celebrity fitness trainer explained how he endured an appalling childhood. Not only was he abandoned in a dustbin as a two week old but he suffered years of abuse at a children's home in Essex, England. He explained in his book that as a child he had to face each day of the abuses hearing, 'You're rubbish. You'll never amount to anything....retard...Irish lowlife scum..who ever loved you? Nobody, that's who, and nobody ever...will.' (pg 5) The debut Author who didn't learn to read until the age of 25 years, now tops the e-book charts read more.

One final motivation story which comes from "Fuel My Motivation" is that of Joe Roberts who after some ten years of living his life as a drug addict, and a homeless, living in doorways and under bridges in Vancouver, Canada vowed to turn his life around and would later go on to become CEO of Mindware Communications - a company in Canada. read more in Joe's book "Seven Secrets To Profit From Adversity: Success Against All Odds."

Like David, Paul and Joe, I have proven that you should never count yourself out. You too have your own success story. It may not have been the identical situation like they had but you yourself have defied all the odds! You proved your worst critics to be so wrong! God has turned your life around. And even if you are still waiting on your change to come, remember, you can do all things through Christ which strengthens you. Hold on for your change is going to come! Weeping may endure for a night, but at last in the morning your joy will come. Hold on to God's truth in His word. His Holy Spirit is the one who brings the revelation of how to conquer your fears and eventually death will loose its grip, its power shall be broken where you can now advance into kingdom potential and the kingdom purpose for which God has created you. You should never count yourself out!
Posted by Unknown at Thursday, June 07, 2012