Great Leaders Serve Those They Lead 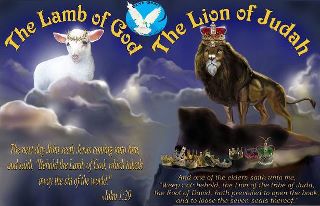 Behind every great man is a strong woman, a woman of strength whose binocular eagle eyes would be on the constant look out for her man. She stands by him and supports him, regardless of the situation which they face. Adding to that, I would also say that behind every great leader is an extraordinary great character. He has a big heart, a heart that is more about being (his character) than it is about doing (his skills). A great leader have a heart to SERVE. The pre-conceived ideology that a leader is simply someone in a position of authority who is responsible for the results of those under his direction must be looked at as an idea that has lost its power of sustainability. Organizations can no longer thrive on that mind-set. For those that do, it's like dwelling in the comfort zone of denial and mediocrity.
The Kingdom Model of a true Servant Leader is presented in the gospel of Luke 22: 26 as this. Jesus said to His disciples, "But you are not to be like that. Instead, the greatest (meizon) among you should be (ginomai) like the youngest, and the one who rules like the one who serves." It is not that a leader does NOT have authority, but that he exercises it in a different way. The authority is not established by virtue of office but by virtue of service. Here is the difference which is indeed very profound. One can exercise authority in such a way as to advance himself and his own agenda, rather than serve and to benefit those whom he is serving.

Everything rises and falls on a great leader. He/she must continually ask, "Am I a serving leader, or a self-serving leader?" A leader cannot be microwaved! They don't become great overnight or at a moment's notice - it is one day at a time over their entire lifetime. It is about seeing the future and creating a compelling vision and a personal statement about it so that he that sees the vision may run with it. And though it tarry, we should all patiently wait for it. In the end, it would prove to be truth and not lie and it shall come to pass.