The Divorce and Remarriage Factor: What Does The Bible Say? (REMR-10) 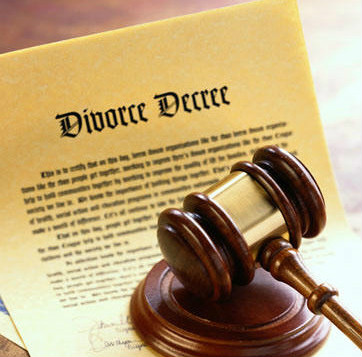 I am certain that you will agree with me that divorce and remarriage are becoming too common place in our society today - sweeping through both our nations and our churches. A husband or a wife (Christian and non-Christian alike) can dissolve their marriage for just about any reason without giving consideration to what the bible teaches.

Now in days gone by, this was unheard of. Divorce was rare, let alone remarriage. It was something that many persons just did not do. Ethics and morality were first place in our society. And so those who did engage in divorce were considered of the world, lacking Godly character, and were subsequently either marginalized or shunned once they did. But here we are, in a world where divorce is now more prevalent than it has ever been before. For the most part, God's creation are being led by a culture of convenience, as opposed to what scripture teaches.


So why is it becoming so common place? Has the prevalence caused us as a society to re-examine beliefs that were long-held and traditional, but not biblical? Did our forefathers somehow got it twisted that no matter what their experiences were, the only separation of two persons in marriage was at the physical death of one or the other? There is only one way to answer such questions, and that is to seek to understand what God's word says about the topic.


What does the bible say?


God performed the first marriage ceremony between Adam and Eve, and so without debate, we can safely conclude that God loves marriages and that it is a divine institution. The foundational biblical passage being Genesis 2:18-24. In this particular text, marriage is declared a lifetime commitment - "bone of my bone and flesh of my flesh" "man shall leave his father and mother, and cleave unto his wife: and they shall be one flesh." They are no longer two, but one. Therefore what God has joined together, let man not separate. (Matthew 19:6)

No matter what ones' viewpoint on the subject of divorce, without prejudice, God declares forcefully He hates putting away (divorce.) (Malachi 2:16)

But God in His unfathomable wisdom understands that the two human beings coming together in union have in them their sinful nature. Being the Creator of us all, He understands that we would at some point have conflict between our spiritual being and our earthly nature. Conflicts, that would in the end lead people down the path of divorce.

In the Old Testament, He laid down a case law intended to protect the rights of divorcees, in particular women. (Deuteronomy 24:1-4) Jesus countermands the law in Matthew  19:8 where He said the divorce was permitted because of the hardness of men's heart, and not because it was God's plan from the beginning.

The explicit exceptions for divorce


The controversy over whether divorce and remarriage is allowed must be settled once and for all. There are explicit instances under the exception clause and these can be found firstly in Matthew 5:32; 19:9. This speaks specifically to marital infidelity, unfaithfulness or cheating on your spouse as it is commonly called. Sexual relations is a huge part of the marital bond, two have become one flesh and any breaking of that bond through sexual relations with another is a clear violation of the vow. The innocent party is therefore allowed to divorce his/her spouse on the grounds of infidelity without being held in contempt. You can get a court order to call you or grant you divorce or you can call yourself divorced.

Secondly, if a husband or wife's mate leaves the marriage, as in the case of abandonment through unbelief, then the one that is left 'behind' cannot be held responsible for the marriage. The Apostle Paul believes that the one left in abandonment is not bound by the law. "But if the unbelieving depart, let him depart. A brother or sister is not under bondage in such cases: but God hath called us to peace." (1 Corinthians 7:15) This is therefore recorded as another exception.

Divorce is permissible where abuse and domestic violence occurs (spousal or child/ren). Although there is no clear definitive word in the bible to support this, the higher moral law is to protect children, and women from abusing husbands and fathers. It is not in our Creator to 'sit' back and allow His children to be mistreated and or violated in such a way.


In the final analysis, which ever path one choose to take, we should never allow God's grace to be pushed aside in favor of other decisions. God's grace is amazing and abounding and even after marital infidelity, a couple can, through His grace, forgive and start the process of reconciling and rebuilding their marriage once again. There are some of course who after receiving forgiveness, still continue to be unfaithful and abusive, that is when I believe that a firm stand must be taken and apply God's word within the context in which it was intended.

Thank you for being a part of Empowerment Moments Blog. If this article helped you in any way, then please help me share it so that it may help someone else out of their own difficulty that life may have presented them with.