Tips On How To Rebuild Trust In Your Marriage (REMR-8) 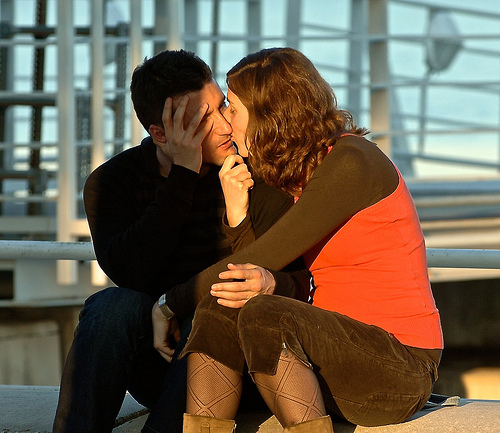 It is my hope that you have been tremendously blessed, inspired and empowered by what has been shared thus far on this blog, in particular, from this month's series "Relationship Enrichment, Marriage Rescue, and Practical Principles for Healthy Living After Divorce."

Today's topic is about trust and how to build/re-build it. There are varying definitions for trust. One such meaning taken from Collier's states: Trust is "a firm belief or confidence in the honesty, integrity, reliability, justice of another person or thing.."

For the purpose of this discussion on marriage, trust is the foundation of every relationship, which makes intimacy in the true sense of the word possible between the two persons. I am certain you will agree with me, it takes a lot of effort and time to build up over the years, yet it is so easily broken. And not surprising, many people struggle with the broken elements of it, not knowing the first step to take once the trust factor has been damaged.

"If you tell the truth you don't have to remember anything." ~ Mark Twain

When explored further, many studies have shown that while it is common for all relationships to have faced difficulties on one level or another, most of the difficulties in the marriage came directly from a breach of trust. I know that because I experienced it for years. It proved to be emotionally, spiritually, and psychologically damaging. It causes a domino effect, because when you've lost trust, respect follows suit - in the end, the pain and the time for the healing came at a huge cost.

It can be a tough line to walk, but it is even more difficult to re-establish your footing after the fall. But I can safely say that I have learned from my lessons through my own experiences and I have concluded that strong relationships, marriages especially, require strong trust so here are some tips on how to build/re-build it:

1) There should be NO secrets between the both of you

In Mark Twain's quote, once you tell the truth there is no need to remember anything. Having secrets in a marriage is dangerous. Once you practice hiding from your spouse, or telling lies, it eventually spirals out of control into a web of deceit in which one become entangled and eventually strangled. One lie is told to cover the one previously told, it's a death (to marriage) trap. Complete transparency is fundamental in building complete trust.

2) Be ready and willing to forgive

A breach of trust is proof that your spouse is not perfect and neither are you. That being said, you must be ready and willing to forgive - this according to God's word, so that you too are forgiven for your own trespasses (sins) by God our heavenly Father. Recognize that trust while it cannot be given, it must be earned by both persons. Likewise, forgiveness cannot be earned, it can only be given. In order for grace to take effect and to do its first work for restoration and renewal of trust, you must forgive.

3) Avoid using phrases such as "I told you so"

While in the process of rebuilding trust, it is our common nature to try to hold on to grudges for a long time and to constantly throw things back into the face of your spouse. That is contradictory to the process of healing and can delay it and cause even more pain. Saying "I told you so" is not seasoned with grace. It is a negative saying that denotes pride and that 'I am better than you' when said to your spouse. Do your best and be consistent in what you say and do. Consistency brings security and eventually trust starts to re-build.

4) Do not 'punish' your spouse and avoid retaliation

When we've been wronged, often times people say, 'I forgive you but I won't forget what you've done to me.' We want the other person to feel the pain they have caused us. We do all of the things that would cause even more damage to the relationship and to trust - things such as cutting of communication, with-holding sex, we stop serving our spouse in general. Again, that's a big NO-NO! The poison of retaliation hurts everyone involved.


5) Expect to make some adjustments to your lifestyle

This is usually a very uncomfortable part of the process. Just imagine your body having a heart attack and then going through a major surgery afterwards. There are certain restrictions that you must follow, you even have to give up eating certain foods and beverages. You can no longer go to the fast food joints and the bars. Same way when trust is broken, you must be willing to give up certain freedoms in your life and give all of your effort and energy to allow healing to take place in your life/marriage.


Related article: The Power Of Love

The bible says, we are to owe no man anything except love - for against such there is no law. It also says, "love covers a multitude of sins." It is our Father's love for us demonstrated through His Son Jesus Christ that  we have not all perished and we have been redeemed from the curse of death and eternal damnation. There is so much power in love, strong enough to cover not just our imperfections, but powerful enough to mend the cracks and heal our broken hearts. Never stop loving each other, but allow God to work in and through you to demonstrate His own love and grace to bring healing and wholeness to your mind, body, soul and to your relationship.

Have your relationship ever experienced the broken trust factor? What are some of the ways that you have overcome that situation?

Thank you for being a part of Empowerment Moments Blog