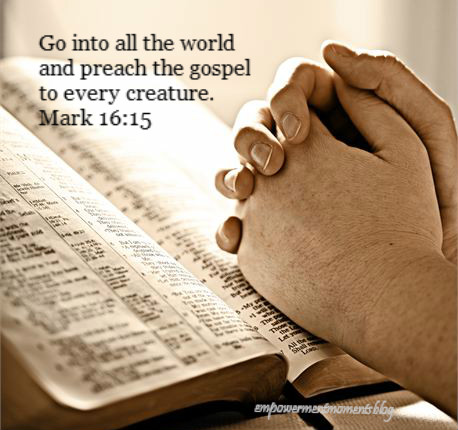 Wherever possible, this blog will bring to you Christian related news of interest, news on religion and the difficulties and issues faced with modern day evangelicals and modern day evangelism. Christ commanded the church - pastors, ministers, members of the body of Christ, and all who believe to "Go into all the world, and preach the gospel to every creature. He that believeth and is baptized shall be saved, but he that believeth not shall be damned." [condemned] Mark 16:15-16

It has been recorded in scriptures how Christ hung out with sinners. It was a huge part of His ministry. He declared it Himself, "I came not to call the righteous, but sinners to repentance." (Luke 5:32) It was His strategy I believe to reach out to those who were lost, rejected and cast aside as outcasts to show them a better way of living that He had planned for their lives, if only they would believe and follow after Him. The evidence is there in scriptures to prove He was successful. The blind was made to see, the deaf made to hear, the dumb was made to speak and the lame was made to walk again.

We as Christ's disciples and followers have been charged with a responsibility, and empowered by Him to continue His work through the 'Great Commission" as found in Matthew 28: 16-20. He has given His grace, His authority, His Spirit and His anointing to do so and with the assignment, it's for each one of us to seek Him to know our scope, our region, our sphere and area into which that grace etc will carry us. Conversely, knowing you and I have been given the grace to do what we've been called to do, He also said, "If people do not welcome you, shake the dust off your feet when you leave their town, as a testimony against them." (Luke 9:5 NIV)

So with all that being said, which I believe clarity was necessary, here is a story EMB obtained through americapreachers.com of how 5 Preachers were kicked out of Atlanta's 'Magic City' strip club.

[5 Preachers from the Atlanta area say they were kicked out Saturday night from the renowned Atlanta city night spot, "Magic City," after attempting to pass out biblical materials to customers.

Rev. Miller Kingston, who is originally from Tampa, Florida said, "When I relocated here, I couldn't believe how many preachers frequently visit strip clubs for pleasure."

Rev. Kingston is known throughout the Tampa, Florida area as the "Stripper preacher" because he visits area strip clubs frequently passing out biblical material to whoever is receptive.

He claims he wanted to bring his same habits from Tampa to Atlanta because no one else is ministering the area strip clubs.

However, Saturday night, his reputation as the "stripper preacher" from Tampa didn't get him far with Atlanta's popular nightspot, 'Magic City.'

Rev. Kingston claims he paid admission like everyone else and did nothing to draw attention to himself. In fact, he claims he "dressed down" from the usual Sunday service attire to fit-in better with the crowd.

Rev. Kingston said he left but not before leaving his 1000 Jesus flyers in the men's room.

Rev. Kingston says he will not stop evangelizing in strip clubs and plans to attend 4 this upcoming weekend in Atlanta.]


What are your thoughts on this? Did it help to clear up any grey areas that you may have had as it relates to your assignment? What is your area of ministry that you've been called to by God but is afraid to pursue it for fear of rejection and persecution? What type of difficulties have you encountered thus far as you evangelize to the lost souls?


Articles you may have missed:
The Only Thing Perfect In The Church Is The Unadulterated Word
The Most Intimate Thing You Can Do With Your Spouse
Random - It's Not Easy, But Looking Ahead It Will Be Worth It