The Week That Was Series 16 - Is Your Spouse Really Not Your Soul Mate? 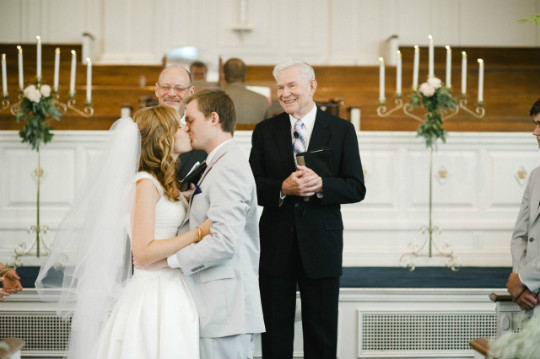 The biblical examples of Isaac and Rebekah, Ruth and Boaz, and Mary and Joseph, even Adam where God took a rib from his side to form his wife Eve, indicate that God is lovingly involved in whom we specifically marry in life. And for decades, many including those of us in Christiandom have lived with the idea that our spouse is our soul mate. Some have actually said words like, 'I am in search of my soul mate,' or 'I am married to my soul mate.' But in a recent viral blog article, a wife (Hannah) claimed that her husband is not her soul mate, and that God does not have "the one," your perfect spouse, entirely chosen from the beginning.

It hardly seemed romantic. For many, I believe, a surprising twist to what we've always heard. It was at the time of her first wedding anniversary, that she set out to challenge common romantic notions and declared to the world through a post that her husband in not her soul mate.

When I learned about it through facebook, I thought that idea was absurd mainly because of the way I had been enshrined into thinking by our forefathers. We've been romanticized into that culture of finding our soul mate and once you do, you live happily ever after. But then I read the entire article and many of the comments that were left on the blog. I must say that I have been enlightened. I am beginning to see things from a whole new perspective and thought that while the story was not during this past week, it's worth the while for me to weight in on it in this column today.

Before any judgement is cast, or any stones thrown, it must be understood that Hannah sincerely loves her husband and intends to stay with him until they are parted by death, which in she said he has to let her die first. According to her, she could not imagine her life without him (James) and enjoys being with him more than anyone else in the world and misses him whenever she is not with him. Yet, she rejects the entire premise of soul mate.

"There is no biblical basis to indicate that God has one soul mate for you to find and marry," the wife Hannah admitted in the article. But she quickly added, "Once you marry someone, that person person becomes your one person." And her marriage, she wrote, "is based on a daily choice to love this man, this husband that I chose out of many people that I could have chosen to love."

What may surprise you too is that Christian counsellors do agree - that God does not have "the one," your perfect spouse eternally chosen from the beginning. One particular biblical counsellor, Jane Hunt, founder, CEO, and CSO of Heart For The Soul Ministries, can be quoted as saying, " a sole mate is not a Christian idea." Instead, she alluded to it being taught by a Greek Philosopher, Plato, that men and women were made in one body, but separated by the gods.

Saying one is "my other half," or "my better half," would also somehow find it's root in that Greek myth of a soul mate and well meaning parents even pass these seemingly romantic ideas to their children. The problem with that, is that it then reduces us to half persons where each men/women constantly searches for that person to "complete" him/her. Such a person can never live the way God intended for him/her to live, to be their own person, much less to live for Christ.

That kind of thinking is a warning against "co-dependency,"  where a man or a woman constantly relies on one another, producing its most damaging effect, that is, idolatry.

To further echo Hannah's perspective, Stephen Kendrick, author of The Love Dare, and also senior associate pastor of Sherwood Baptist Church in Georgia can be quoted as saying, "Though God did split Adam and made Eve as his one perfect compliment, the mythological concept taught by Plato that all people were once split into two and need to find and unite with their one and only 'soul mate' does not line up with scripture and can often lead couples to divorce when they are struggling."

So there you see again, that not only does the idea of 'soul mates' come from Greek philosophy instead of the Bible, it is shown that such ideology can have toxic effects on relationships. That very point was also made in Hannah's article as she made it clear that marriage is a choice.

"My marriage is not based on a set of choices over which I had no control," she wrote. Rather, it is the freedom and the power of choice that she has chosen to enjoy that is leading her to love her husband in a way that one could not have imagined, hence the reason she must have emphasized her choice over the idea of a "predestined soul mate."

I would also add, while the idea of a 'soul mate' is proved more and more to be a myth and not a fact, it is in the best interest of both persons to ensure compatibility - common goals, plans, ideas and strategies and a shared vision. Absolutely no one can complete you and I, no matter how long we scour the earth and search. Ultimately, God, our Creator is our completer.

So, "see to it that no one takes you captive through hallow and deceptive philosophy, which depends on human tradition and the elemental forces of this world rather than on Christ. For in Christ all the fullness of the Deity lives in bodily form." (Colossians 2:8-9 NIV)

Notwithstanding, we must exercise faith in God when choosing a mate. And according to 1 Corinthians 7:39 the Apostle Paul emphasized that it is ones freedom to marry, but only "in the Lord." And whoever the mate is that you and I have chosen, marriage will always be a struggle. It's a daily sacrifice - a constant daily dying to self, repentance, forgiveness, and an abundance of prayer and obedience to God's word to become the living portrait of Christ that He desires us to become.

None of us are perfect and to add insult to injury, we live in an imperfect world. And so, like our heavenly Father our love must be unconditional that we can love the imperfect significant other that we've married rather than following our heart from one dysfunctional relationship to another looking for the ideal one or the perfect 'soul mate.' The truth is, there is none.

Have a fantastic weekend. As always, thank you for being a part of Empowerment Moments Blog. Your presence here is well appreciated!