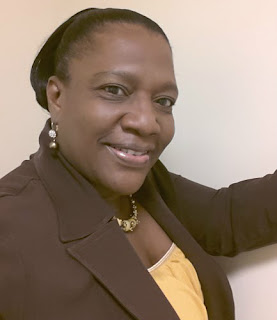 On Sunday March 21st 2004 at the New Life Baptist Church (NLBC), Yvonne I. Wilson received a divine encounter of the manifested presence of God through His Holy Spirit and she accepted Jesus Christ into her heart and her mortal soul. Ten (10) months later in January 2005, the hand of the Lord became very heavy upon her and she was led to take a 40 days sabbatical to immerse herself in the word of God. It was during that time that God in a very detailed way through His word and by His Holy Spirit revealed His plan and purpose for her life in His Kingdom here on earth and gave her a clarion call into ministry, to which she answered "Yes."

As the work of the Lord became more evident in her life, God re-positioned her and in June 2006 under the leadership of Pastor Hubert Brookes and Reverend Sonia Brooks of Shammah Deliverance Ministries, she was "set apart" by the laying on of hands for the work of the ministry. Two (2) months later in August 2006, she travelled to the state of Florida USA where this time under Apostle Iris J. Troy of Oasis of love Deliverance Ministries she was ordained and licensed as a Minister. For the next eighteen months under their Pastoral Leadership and guidance, Yvonne I. Wilson was able to minister both on a local level and overseas. Her many assignments over the years included - Minister and Assistant Pastor to Reverend Brookes, Sunday School Superintendent, Intercessor, Praise &  Worship leader at Shammah Deliverance Ministries (2006 - 2007) and Sunday School Teacher, Intercessor and Prayer Warrior and Core Member of the Evangelism Team at the New Life Baptist Church, Tortola BVI. (January 2009- February 2012) She also travelled and attended many conferences.

While Yvonne is known to have come from very humble beginnings, she is no stranger to much adversities, abuses, pain and the hardships of  being groomed for the ministry and the work of God. Having said that, she has experienced many set backs, have had rock bottom experiences to the point of loosing her ministry on one such occasion at the end of 2007. From the pulpit preaching the gospel of Jesus Christ to the lost and dying, she found herself preaching to an audience of one (herself) in her bedroom for some months. Then one day while sitting in her living room looking at TBN television, the un-expected happened which she calls a miracle! It happened on June 11th 2008 (The Birth) , when an overpowering presence of the Holy Spirit filled  her as it simultaneously filled the entire room. The Lord  through His Holy Spirit spoke prophetically into her womb. Having been familiar with the past forms and soulish church antics, it was an experience paramount of any other and as His hands began to move upon her, Then came the birth of her ministry.

The VISION was made clear as she recognized the sound and cry of God's heart when the Lord said His people have turned away from Him and have gone after other gods. The mandate was then made clear with an urgency to carry the gospel on a global level, to preach the uncompromising truth and the unadulterated word across the nations around the world while allowing God's Holy Spirit to chasten, convict, correct, and inspire. God's insistence is for His people to return Him and seek after Him for holiness, righteousness, integrity, truth, sincerity and consistency in their way of living that reflects His image and likeness.
From that day the journey has begun and God has in these end times positioned her into global ministry and anointed her with a true Apostolic and Prophetic Gift and Call  to not only equip the body of believers but to empower them so that they are transformed by the supernatural power of God for lasting change; for them to operate in dimensions of unprecedented power and dominion; to to heal & encourage others to discover their God given purpose to live life to its fullest;  to fully embrace ALL humanity especially the hurt, wounded and emotionally scarred so that they are transformed by the power of God's word.

Today, Minister Yvonne best describes herself as a true Servant-Leader, a catalyst of hope, ethics and morality, a Forerunner, Trailblazer & Trendsetter, Intercessor,Teacher, Minister, a true and convincing Prophetic Voice, and a woman of great faith who is completely sold out to God as she is determined to let nothing stand in the way of fulfilling her God given purpose, destiny and the mandate from God. The 7 cornerstones that distinguishes her lifestyle and her ministry are Excellence, Selflessness, Self-abasing, Self-denying, Humility, Compassion and Love.

She is a former trained Registered Nurse and holds an Associates & Masters Business Administration Degrees. She was awarded an Associates Degree Ministry with the Jacksonville Theological Seminary while she pursues studies for BA Christian Counselling. In August 2013, Minister Yvonne was elected President of AGLOW International VI, Tortola. Yvonne's passion is also in writing for the glory of God. Her many inspirational pieces can be found right here on her blog, Empowerment Moments.

From bedside nursing of countless sick bodies at hospitals in St. Kitts & Nevis, and Tortola Virgin Islands (British) God has shifted her into position of nursing and healing sick souls through His powerful five-fold ministry anointing. Anticipate the dunamis power of God to change your life forever through this ministry gift to the body, evidenced through strategic throne/boiler room prayers, prophecy, healing, deliverance, restoration, signs and miracles.
Let God only be praised, honored and be glorified.